**Quick note, the following post is about me, and only me. It won’t happen often. For the most part, this page will be used to keep track of current fitness topics, recent athletic events, and, most importantly, my clients. You saw that article on the Paleo Diet? So did I, so let’s talk about it. Is the squat really the best exercise for a “perfect” butt? Here is what the science says. You want to hear about how my runners are killing it this year in their races? Good, because I want to tell you about them. You will get all of that and more, in the future. Please subscribe by clicking the button on the right and you will never miss a post! Now, on with the show…**

I started this first post a few months ago. It was about my three year running streak, which ended in May. I even came up with a really creative title for it, as noted. It was all about how running at least one mile outside every day for over 1000 days had made me a better person, improved my health, kept me honest on my fitness goals, and ultimately helped me build toward a sizeable personal best at Boston. It included stories about the race and how miserable it was. It mentioned the support of my family, and how they were so awesome for standing in the pouring rain for hours waiting for me to come along (except for Kendra, who I would actually say is the smartest of them all, as she watched from the comfort of her hotel room as Des brought home an American victory).

It was about all of that stuff, and more. But, at the same time, it didn’t mention how miserable I was in the days and weeks following Boston. It didn’t talk about how I lost all interest in running and managed only to continue for the next month so that I could end my streak right at three years. And I certainly didn’t talk about the fact that I sit here now, almost six months later, having run fewer than ten times total in nearly half a year.

It doesn’t mention those things because, as a society, we don’t like to hear about those things. Instead, we want to focus on the success. The completion. The social media worthy moment that we can share with all our friends so that they know how awesome we are. But we don’t like to talk about what comes next for a large portion of race participants, including, and especially, olympic athletes.

Type “post race depression” into Google and take a minute to browse through the articles that pop up. There are hundreds of them. And I was lumped right in there with all of them. Not only did I miss my goal time by over 15 minutes (and ultimately a sub three hour marathon by fewer than 15 seconds), but I felt like I had been robbed. This race, for which I had trained hundreds of hours and thousands of miles, was “stolen” from me by mother nature. Add that anticlimactic finale to my personal history of and ongoing battle with depression, and I was bound to wallow in the blues for a while.

Tip one for battling post race depression: Take some time off. So I did. But “some” time grew into “some more” time. And I opened a personal training studio, which took a lot of time for planning and promotion. And then my wife and I bought a house. And there were projects there that required my time. So I took even more time off from returning to training. And then, somehow, even for someone that loves and lives for the feeling of physical exertion, and fatigue, and mental struggle, and sweat (and oh so much more) like I do, it became easier to push it off. After all, that rerun of ‘Friends’ isn’t going to watch itself. That facebook page won’t scroll on its own. And who knew there were so many fun GIFs on Instagram?!

In the back of my head, I knew that the further I got away from it, the more it was going to suck to get back to it. And in my heart, I know that exercising is what has always helped me cope with feeling “down.” And below my feet… Well, let’s not talk about the scale, right now. And so here I am, seven months after one of the least positive experiences I have had in athletics, and I am finally ready to “get back on the horse.” And it is going to suck. It is going to suck oh so very much.

Good thing embracing the “suck” has always been my favorite part of training. See you out there! 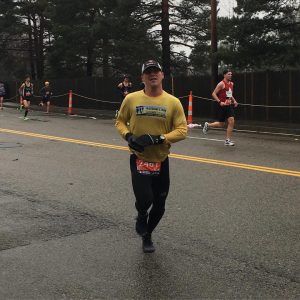 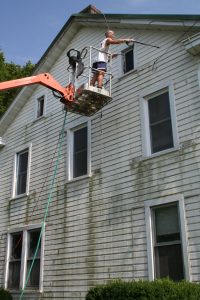 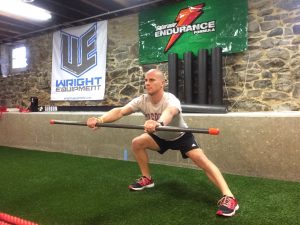 Back on the horse!